Once again this year, on September 17th, 2017, Les Clefs d’Or Canada Concierges ran or walked 5 to 10 Km to fulfil a pledge they made to their friends, colleagues, partners and family members which allowed them to collect over $20,000 for the Terry Fox Foudation  dedicated to fight cancer. Exactly, it is $20,473 of donations that was amassed.

It was the 13th year in a row that the association participated in this fabulous charity event. It’s been almost that long that the Terry Fox Foundation was named one of Les Clefs d’Or Canada’s official charities. Over these 13 years, we have collected $203,982 for cancer research!

This year, the Terry Fox Foundation acknowledged the important contribution Les Clefs d’Or Canada has been providing to the fundraiser by sending two wonderful letters of appreciation, one (In French) from Fred Fox, Terry’s brother, sent to the 2016 Captain of the Montreal Region, Alain Ethier, and the other, from Rhonda Risebrough, International Director of the Terry Fox Foundation, sent to Simon Thomas, International President of Les Clefs d’Or, at the Paris Office.

We are very proud to be recognized as one the top fund raisers year after year and we are delighted to share those letters with you!

The concierges ran and walked in Vancouver, Calgary, Toronto and Montreal. As always, at the end of the day, a great sense of pride and accomplishment hit the members as well of feelings of team spirit, unity and friendship.

We would like to thank the four Captains who put the regional teams together, recruited members to participate in the campaign and encouraged them to reach their goals.

Thank you to Montreal Region Captain, Mathieu Lalancette, Concierge at Manoir Hovey, whose team raised $7058, shattering their goal of $5000 and previous record of $6000!

Thank you to BC Region Captain, Karin Schwagly, whose team raised $6790!

We would also like to give a special mention to our top producers as we have three Members who have collected more than $1000:

And finally, a huge thank you to each Concierge and to each and every donator who participated in the 2017 Terry Fox Run and helped achieve these great results! 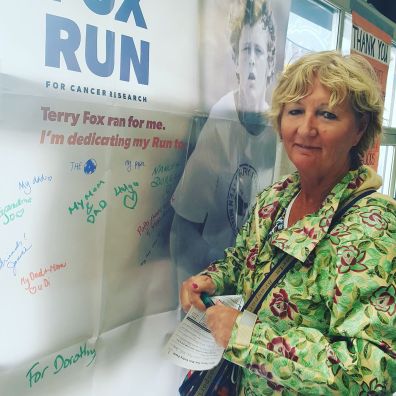