November 8th, 2016, was the 40th Anniversary of Les Clefs d’Or Canada. Members across Canada celebrated the big 4-0 in style. Here are some of the best November 8th posts…

In Halifax, Nova Scotia, her Majesty, Queen Penny Cameron, along with the members of the Atlantic Region, had a message for Les Clefs d’Or members from coast to coast!
Great video captured by Todd Young, including  Andy McIntosh, Steve Morris, Phil Osborne, Trevor MacRae, Ian Cheverie. 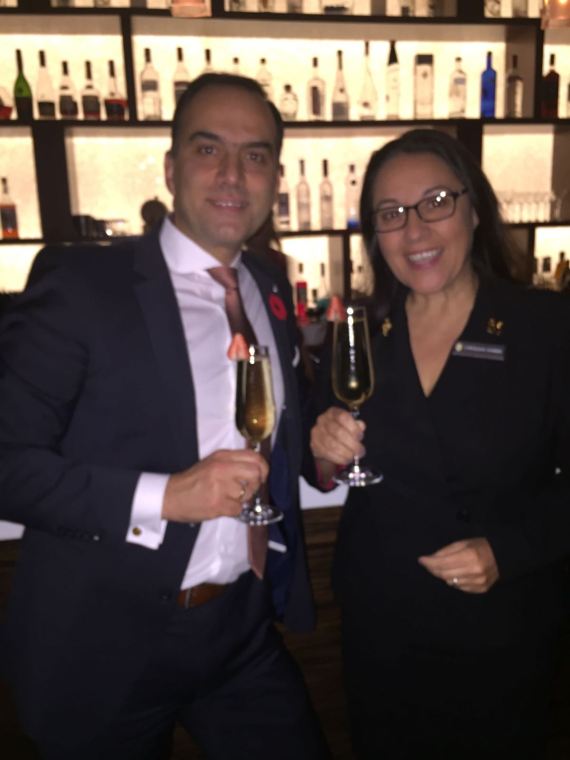 Carolina Avaria, President of Les Clefs d’Or Canada and Chef-Concierge at InterContinental Toronto Yorkville and her General Manager, Gerasimos Ferentinos, raised a glass of champagne to toast to our 40th anniversary! 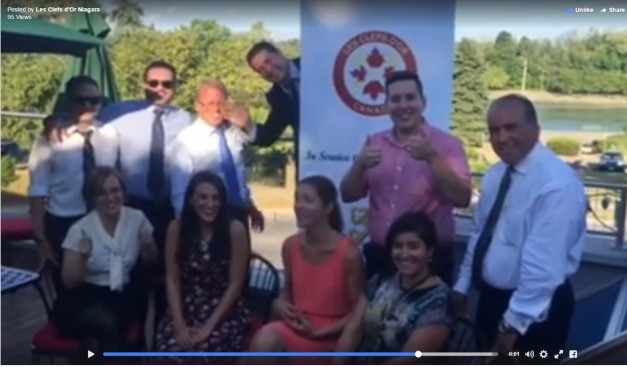 Maude Blaquière, Chef-concierge at Hotel Nelligan, also celebrated our 40th with colleague concierge Melanie Joseph, who was just accepted into the association!

On November 9th, the Montreal Region Concierges raised a toast to celebrate the 40th anniversary at Ristorante Beatrice!

Members: If we missed any of the celebrations that took place in your region, contact us at publicrelations@lesclefsdorcanada.org and we will make sure to add it to the blog.