Opening of the ICI School in Montreal, in 1995.

On November 1st 1995, the Institut de Conciergerie Internationale, ICI, Campus of the Americas, opened its doors in Montreal. The inauguration ceremony was held at the Radisson Hotel in the presence of Jean Gillet, Jean Meimon, Andre Damonte and Marjorie Silverman.

Also present at the opening, you can recognize on the above picture Georges Bouissière, Tony Colizza, Virginia Casale, Isabelle Pereira, Louise Berthiaume, Anne McKenna, Daniel Lamoureux, Gerald Parent and Viateur Tremblay. Many of whom did teach at the Institute.

Gerald Parent, the President of Les Clefs d’Or Canada at the time, was very much involved into bringing the French school to Canada. 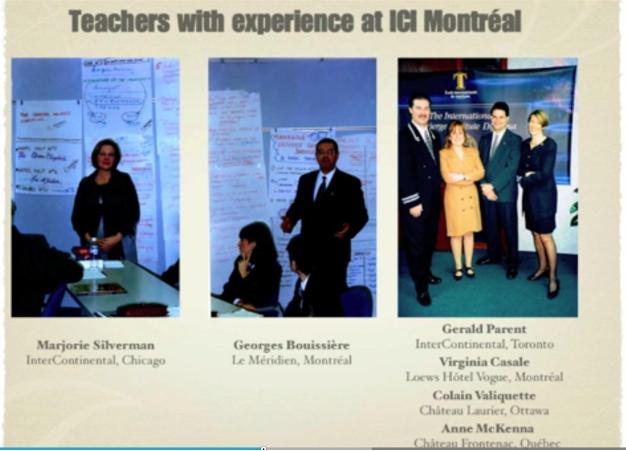